Carson International, Inc. works hand in hand with NBC, Nestle Purina, and the Kennel Club of Philadelphia to produce the National Dog Show Presented by Purina. Now in its 21st year, this show has become a Thanksgiving Day tradition across America, with over 25,000,000 people watching the broadcast on NBC on Thanksgiving Day annually!

We are proud to be a part of this wonderful conformation dog show.

The Kennel Club of Philadelphia, which presented its very first dog show in the Delaware Valley in 1897 and became an annual event in 1933 and is now the host of the National Dog Show. For 21 years NBC and Carson International have worked together to put on the show from building the set to filming the show.

Watch the National Dog Show on Thanksgiving Day at noon after the Macy’s Day Parade!

Hey everyone! We’re officially announcing the

We hope everyone has been FLYING into the new year

Happy Holidays from all of us here at Carson Event 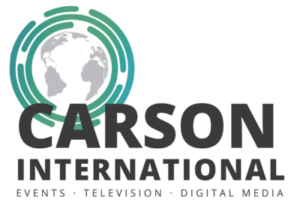